How to Know if You’ll be Happy in Retirement

Do you actually WANT to retire?

Unfortunately, most people don’t give this question the level of consideration it deserves. For some, retirement works well. But for others, it’s a significant mistake. Too often, its destructive consequences play out over decades.

Let me be clear that I’m not speaking of retiring from a health-destroying role as a hapless cog in a heartless machine. Who WOULDN’T want to retire from such a position, if retirement was the only alternative?

But the natural replacement for such a role is not retirement. Instead, it’s a health- and life-enhancing, fulfilling role, contributing to a better future for others.

If you don’t love your career, that’s a problem that deserves to be addressed by finding one you love. Retirement is not the solution to that problem.

Why? Because through mastering problems, we strengthen ourselves, enrich our lives, and can enhance the lives of others too.

And we double our benefits when we enhance the lives of others. What goes around, comes around.

What About Retiring From a Career You Love?

So the question is really about retiring from a meaningful, fulfilling career. One that you love.

If you have such a career, or if you were to develop one, would you still be eager to retire?

Begin With a Reality Check

Deferred gratification has its place. The prospect of rewards is what gives our goals their motivational power. But if you’re not enjoying your career, consider the price you may be paying by treating retirement as the reward for years of unfulfilling toil:

The Connection Between Health and Stimulating Challenges

Research has shown that continuing to work can benefit us by slowing cognitive decline. A study of nearly half a million people by French researcher Carole Dufouil of the research agency INSERM, presented at the Alzheimer’s Association International Conference, found that for each additional year they worked, people reduced their risk of dementia by 3.2 percent.

In his 2011 book “The Retiring Mind: How to Make the Psychological Transition to Retirement,” Robert Delamontagne, PhD found that people with personality characteristics such as competitiveness and assertiveness found it particularly difficult to adjust to retirement. He stated, “The very attributes that make people successful in their work life often work against them in retirement”.

These points and other recent research validate the words, decades ago, of the psychotherapist and Auschwitz survivor Viktor Frankl. In his book Man’s Search for Meaning, he stated, “To be sure, man’s search for meaning may arouse inner tension rather than inner equilibrium. However, precisely such tension is an indispensable prerequisite of mental health. What man actually needs is not a tensionless state but rather the struggling and striving for a worthwhile goal”.

He added, “Such widespread phenomena as depression, aggression and addiction are not understandable unless we recognize the existential vacuum underlying them. This is also true of the crises of pensioners and aging people”.

Our Need for Purpose

As Bob Carlson, a retirement expert, stated in a Forbes article in February 2019: “For most people, their purposes before retirement were defined for them. Work and careers were the major purpose and to a large extent defined people to themselves and others. Raising children also is a major purpose of pre-retirement life. These activities also provide most of social life before retirement. Most days and weeks are structured around them. All that ends with retirement.”

He continued, “It’s not often discussed, but older Americans suffer higher levels of anxiety, depression, suicide, and addiction. Senior Americans who believe they have purpose in their lives are less likely than others to develop Alzheimer’s disease or have a stroke or cardiovascular event. They’re also less likely to have chronic conditions and more likely to have above-average life spans.”

And he noted that some studies have shown a motivating purpose in life to be more important to good health than exercise and good nutrition.

In the same article, he also commented: “Develop a plan for how you’re going to spend all that time you no longer will be working. Many people find it’s very easy to fill up the first few months with long overdue projects and plans. After that, though, there’s often a big letdown. That’s when you need your plans to establish purpose in retirement. Don’t make the mistake of thinking you’ll figure it out once you’re retired.”

The Need for a Plan to Avoid These Traps

The risks of retirement are gradually becoming better known. Have you taken them into account? It’s best if we do it sooner rather than later, but better late than never. What matters is to know ourselves. And to recognize that planning is vital to a satisfying life in our later years.

If you are looking forward to retiring, it’s essential to develop the interests and relationships that will make your retirement fulfilling to you. If you’re not, it’s perhaps even more important to develop your plan to avoid ‘being on the scrapheap’.

Might it even be feasible to develop another path, where your purpose in your working years continues to flourish, and your later years become better, not just freer?

That will be the subject of my next article. 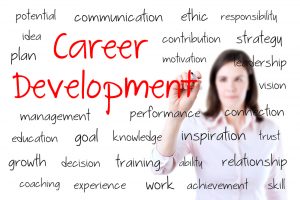 How to Make Sure Your Career Supports Your Life

Almost on a daily basis, I speak with people whose career circumstances are seriously misaligned with what they really want... 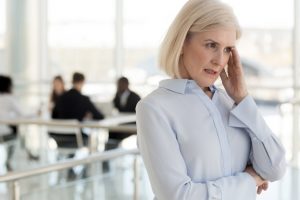 Three Signs at Work That You Need to Leave Your Job

Do you have an uncomfortable feeling that maybe your job isn't the right one for you? That you've given it a fair try, and the feelings... 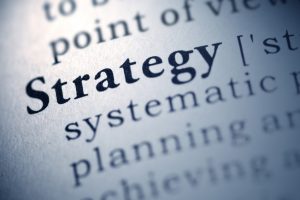 What Every Executive Ought to Know About Their Career

After a few years of work, most people are pursuing careers contorted to fit a mix of realities and often inaccurate perceptions...