How Your Career Strategy Can Benefit Society

As the human command of technology increases, so does our capacity for destruction. This creates increasing danger because of intensifying competition for resources as we further damage the environment, and ever more hair-trigger mechanisms for launching war.

There’s a paradox in the challenges that confront us: along with the potential for nuclear war, climate change has been accelerating for many decades. It could seem that we’re facing an impossible ‘double whammy’.

Yet the challenge of climate change could be the catalyst for the transformation of human behaviour that’s needed to avert the catastrophe of nuclear war. More and more, national governments are being forced to confront the fact that their own behaviours must now be changed. Cooperation between nations is no longer optional.

The reality we now face with climate change could lead to increasingly hostile nationalism, more aggressive competition for resources, and on to miscalculation and war. It needs to be directed toward increasing sharing of power instead, on a planetary rather than national basis.

Your Potential Role as a Source of Inspiration

All too often, highly accomplished people underestimate themselves. Impostor syndrome is a particular affliction of the very capable.

We need to ‘snap out of it’. If you see something that needs to be done and you act to help bring it about, your commitment could be the very thing that gives others the confidence to engage in the same commitment.

By committing yourself to an activity that will help make the world a better place, you have the potential, like a magnet, to attract others who need encouragement. This is the essence of real leadership.

Every time someone switches from low motivation for a low-quality purpose to high motivation in the service of a high-quality purpose, society benefits from another form of renewable energy – the energy of another properly focused human mind. This allows us to move a little further away from the destructive practices of the past. And to strengthen the likelihood of a better future for those who will inherit what we have created.

We become, indeed, bearers of the torch passed down to us through all the sacrifices of those who came before us. In accepting this role, we become more deeply aware of the privilege and responsibility we have as vehicles for the future. And the hope for humanity.

The Role of Benevolence

The knowledge is already available to create a world of abundance for everyone. Importantly, competition needs to be tempered by a sense of responsibility and of benevolence toward each other.

This sense of benevolence is never created by institutions, however much they may be launched with it in mind. They can serve as useful structures for its creation, but the creation occurs through the actions of individuals.

Why? It’s because each individual who is operating from a genuine sense of abundance and benevolence acts as a centre of positive influence. This means they inspire others to seek for themselves and their loved ones the benefits of this mode of operation.

Conversely, those driven by a sense of scarcity, rooted in fear, spread the emotions that drive people to prepare for conflict and that draw them toward it.

As a part of a family, or a work or social group of any kind, we each influence others, for betterment or harm. Empowered people, acting through a genuine desire to create benefits for others, inevitably benefit themselves.

And the more they do so, generously sharing the benefits they have experienced, the more potential they create for positive ripple effects. These effects are always most potent within the groups in which we have the greatest influence.

Our society is focused on the satisfaction of material wants. Therefore we tend to shower our loved ones, as an expression of our love, with things that can be bought. The more we focus on this, the less of ourselves we have available for giving the things that can’t be bought.

The things that can’t be bought include, not just psychologically healthy, loving and thriving families, but sustainable communities and societies. And a shared recognition that our future can only be secured through an overarching commitment to the shared future of us all.

We need to build a society that helps to give all of humanity a sense of our shared destiny, rather than of animosity toward others. Benevolence is the foundation of this task.

Decades ago, the brilliant engineer, architect, philosopher and visionary Buckminster Fuller gave humanity a deeper conception of our interdependence and laid out a path for our survival in his book ‘Operating Manual for Spaceship Earth’.

His words remain timely today. In his later work ‘Critical Path’, he summarized our situation thus: “Whether it is to be Utopia or Oblivion will be a touch-and-go relay race right up to the final moment” and “On personal integrity hangs humanity’s fate”.

This is what it comes down to: creating a sustainable future for us all is the responsibility of all of us. In our interdependent world, we each have an important part to play.

Don’t think of your part as anything less than this. 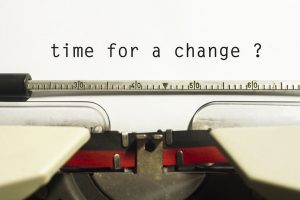 This is the second in a series of two articles addressing seven danger signs that may indicate you need to... 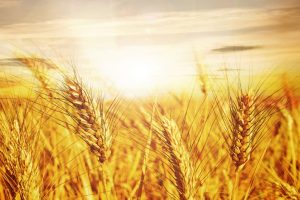 Mindset Keys for a Strategic Career

Consider the computer for a moment: its hardware isn’t very useful by itself. Its usefulness also depends on its software... 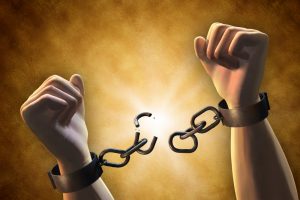 7 Signs You Need to Leave Your Job

Are you putting up with too much in your job for what you’re getting in return? If this question resonates with you