7 Signs You Need to Leave Your Job

Are you putting up with too much in your job for what you’re getting in return?

If this question resonates with you it may well be time to consider leaving. It may even be overdue because a deteriorating experience of work often results in declining morale, which can undermine your future by lowering your expectations and goals.

The decision to stay or leave isn’t necessarily going to be easy. It’s not hard to find circumstances where it might make sense to endure even the most unsatisfying of jobs, at least for a time. However, this fact can become an excuse for inaction based on irrational fears or demoralization.

So here are seven danger signs to watch out for. If any of them are present in your career, further action is probably needed.

1. You Have Stopped Growing

As Ray Kroc of McDonald’s used to say, You’re either green and growing or ripe and rotting.

As long as you’re growing your working life will be rich and meaningful, despite the challenges you may experience along the way.

On the other hand, the process of rotting accelerates the longer you allow it to continue, and getting back onto the path of growth becomes more difficult over time.

If you’re not frequently experiencing the kind of absorption with your work that makes you forget the clock, or the satisfaction that allows you to finish the day on a high, it’s likely your growth has stopped or is plateauing. If that’s the case, it may be putting your future at risk.

Your job may have been fulfilling in the past but the gratification you’re receiving now has nothing to do with who you want to be or to become. You’re only staying on for the status, the security, the pay or the power. This is the stuff of alienation – the path of becoming the anti-hero whose goals have narrowed to being all about you. It’s harmful, to you as well as those around you.

Are you ready to accept the thought of such an ending to the exciting journey you once believed that your career could be? If you don’t see that as acceptable then it’s time to rewrite the script you’re living out.

3. You’re Unhappy with the Culture, Values or Purposes of Your Organization

Perhaps you’re surrounded by people you don’t respect. It may have occurred suddenly in a situation of wholesale culture change such as often occurs after a takeover. Or maybe you’ve gradually come to realize that the behaviours of your organization are inconsistent with your values.

To fit in, you’d have to accept becoming one of those people whom you don’t respect. If you don’t like the culture and can’t change it, you can’t live up to your own best conception of yourself by trying to be a part of it.

Or perhaps you’ve come to realize that you want to be part of something more personally meaningful. You want a greater sense of contribution than you can gain by continuing in your current position or industry.

It takes courage to reset your course. But you’ll experience the rewards very quickly when you begin building your future in the right place. And you and all those around you will have reason to celebrate the difference you’re making.

Just remember that you’re better than to have to adjust your standards downward. You can be a light to others instead – a real leader, in other words.

They’re needed as much today as ever.

Let’s begin by accepting the fact that in a competitive world organizations are under endless pressure to do more with less. Only a monopoly can avoid this pressure.

There’s no point in blaming anyone for the economic system that, as harsh as it can be, has delivered ever-rising standards of living, even in the countries to which jobs are being outsourced at a fraction of current costs. The global economic system that is bringing such relentless change is the result of humanity’s collective choices.

But you can change the pressures you’re facing. If you’re experiencing unreasonable expectations, you don’t have to go on accepting them. If you’re being micro-managed, harassed or bullied, the principle is of course the same. The first preference might be to change your current environment so that it becomes acceptable. If that can’t be done, then the necessary alternative is to leave.

Our economic system has made a fulfilling and balanced life possible for the overwhelming majority of us – especially for adaptable and nimble executives and professionals. If you’re not currently experiencing such a life, you may have to make some hard choices in order to gain or regain it. This starts with recognizing that in today’s economy we are all a business of one. If you don’t like the path your employer’s business is taking you on, then you need to find another one.

You may simply need to market your own business better.

5. Your Company and/or Industry is in Decline

The old saying that a rising tide lifts all boats is true. And so is its opposite. An industry or organization in denial about the effects of change is already on a short but ever more stressful journey toward its demise. Reinvent your career. Get out while you can.

Don’t worry, you won’t leave them high and dry. The default position of most people, unfortunately, is to stay and deny what might be obvious to an outsider, in an attempt to avoid the pain of change.

6. Your Mental or Physical Wellbeing is Suffering

“The greatest mistake a man can make is to sacrifice health for any other advantage” said the German philosopher Arthur Schopenhauer.

Whether or not you agree with that statement, it’s pretty clear that you can’t contribute anything if you ruin your mental or physical health in your job. If you’re harming yourself in the service of your job, then you need to either stop doing that or leave it.

7. Your Income Has Plateaued and You Want to Increase It

As the CEO of your own business of one, you’re perfectly entitled to maximize your remuneration. If you believe you’re capable of earning more without contravening your other values, why wouldn’t you choose to do so?

Those who are overly hesitant to make a career move can end up subsidizing the higher pay of those who move more often, through accepting pay increases that are less than the rate at which their value to the organization is increasing.

The problem for many high calibre people is their discomfort with the process of changing jobs – and a lack of self-marketing skills. Those who are good at self-marketing enjoy it, because the process allows those whom they meet to enjoy it as well.

Are You Standing Too Close to Your Situation?

Remember that the job market is set up by employers, for employers. That’s their right. But it’s not about empowering you. Recruitment agents, as the agents of employers, are not in the business of empowering you either. Quite the contrary. It’s much easier for them to justify their large commissions if they can present the employer with a great candidate at a below market rate.

You may need to ‘look behind the screen’ and ask what tools and techniques are available to you to achieve the outcome you really want.

Most people know there’s something inherently unequal about advancement and the job application process – and that the best jobs are generally obtained through networks anyway. But I frequently hear highly intelligent and motivated people say they are ‘not good at networking’.

That’s generally a valid comment. Most people do little of it. And when they do it, they usually do it poorly, attempting to address a marketing issue through a sales methodology.

Like using a hammer and chisel in an attempt to repair a watch that has stopped working it will feel wrong, because it is wrong.

As Peter Drucker put it, the purpose of marketing is to make selling unnecessary. You need the right methodology and tools.

When you know how to market yourself effectively, you can earn far more, and enjoy far greater growth and career satisfaction, than those who just follow the path that the job market sets before them.

The seven danger signs above may be subtle at first. But the best time to catch them and take action is in the early stages. If even one is present, your morale and confidence can be eroded without your realizing it’s happening.

And that can stop your growth in its tracks.

Strong corrective action is needed, either to resolve the problem while remaining in your role, or to move on. So examine yourself carefully to see if any of the seven signs are present.

If any of them are present, then ask yourself whether there’s the potential to create a situation that meets your requirements within your organization, and within a reasonable period. If so, it might make sense to stay. If not, you probably need to plan your exit.

The impulse to quit immediately is usually not the right one, but inaction can be even more dangerous.

Get external perspective from others whom you respect. Develop your strategy and plan, then implement them. Take this seriously, as if your career depends on it; it very well may.

You can create a much better life for yourself, especially if you get the right assistance. And the search for the right role usually can be conducted without leaving your current job.

If you find that you do need to take action to improve your circumstances in your current job or make some other kind of transition, then do yourself a huge favour and do it. Excuses for delay are not worthy of you.

You can override the tendency to deny what is happening in an attempt to avoid the pain of change. The discipline of embracing change isn’t easy but It’s far the better choice than its alternative, the pain of regret. 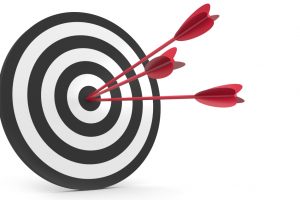 How to Make Sure Your Career Supports the Life You Want

All too often, even high achievers “follow the herd” regarding their paradigm of success. Or allow their careers to be about... 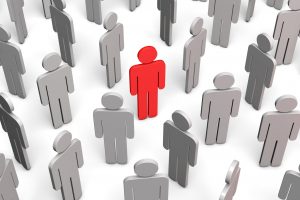 How to Reverse the ‘Power Imbalance’ in the Job Market

Most of us begin our careers at an inherent disadvantage. We don't know the job market, and we have few if any... 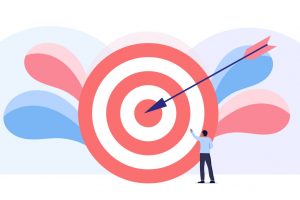 Should You Be Demanding More From Your Career?

Would you prefer to have lived in an era of 'jobs for life' rather than in today's age of instability? Growing up in that...